Environment: ENEA and Cnr to study the Ligurian sea

Studying dynamics and biochemical properties of currents in the Ligurian Sea to understand their impact on the environment and the economic activities is the main goal of the scientific experiment AMBO[1], conducted as part of the project JERICO S3 [2] and funded by the  UE H2020 program.

Stemmed from a collaboration among ENEA and Cnr-Ismar (project coordinator) the Center National de la Recherche Scientifique (Cnrs) and the Alseamar company, the experiment is based on physical and biogeochemical oceanographic data collected from a boat of the ENEA Santa Teresa Center (La Spezia) off the Cinque Terre, an area already monitored by a network of pre-existing devices, such as high-frequency radars to measure surface currents and the Labmare multidisciplinary underwater observatory at about 600 m depth.

To complete the three-dimensional view of the sea, other complementary tools were used, including a glider[3], a CTD probe[4], a Ferrybox[5] and a series of drifters[6], which allowed to monitor currents and the biogeochemical component both on the surface and in depth. The researchers are completing the analysis of these data and eventually the results will be shared with local administrators, managers of marine protected areas and operators active in fishing, aquaculture and tourism.

"The experiment was especially interesting because it allowed us to actually 'follow' in real time for over 15 days the currents and biogeochemical properties of this area of the Ligurian Sea, very dynamic from an oceanographic point of view" , pointed out Tiziana Ciuffardi at the ENEA Laboratory of Biodiversity and Ecosystem Services. "These currents - she said - also generate clockwise or counterclockwise eddies of diameters ranging from hundreds of meters to a few kilometers".

During the experiment, a surface area with a high concentration of chlorophyll was intercepted at a frontal area, that is the interface between two water masses with distinct physical properties. "We observed a front, which is typically characterized by a localized system of vertical currents, which allows the supply of major nutrients to the marine layers where sunlight penetrates and induces biological productivity" continued Ciuffardi.

The French technicians of the Cnrs and Alseamar collected very high spatio-temporal resolution data and biogeochemical properties- like temperature, salinity, speed of currents, oxygen, chlorophyll and turbidity- with a glider, which traveled continuously for two weeks an ideal line from the coast to the open sea and back, going from the surface to a 500 meter depth.

"In the area of the experiment, an intense variability of the surface currents is observed, as demonstrated by the previous study of the data from our operational radar network, and in continuous expansion since the summer of 2016 with the current coverage of the Ligurian Sea from Viareggio to Celle Ligure ”, said Maristella Berta at Cnr-Ismar. “The radar system[7] - she continued - can provide hourly maps of the surface sea current in the Ligurian Sea with a resolution of about 1.5 kilometers and coverage up to about 40 km from the coast.

The combination of data from the radar system and observations of the sea surface, collected by the satellites of the Copernicus network, made it possible to remotely plan the activity in the field based on the preliminary identification of the frontal areas to be reached by the boat where to sample the marine properties to the depths. We therefore added the dimension of depth to the photographic snapshots of the sea surface, thanks to the glider and the CTD probe which recorded temperature, salinity, chlorophyll, turbidity and oxygen ".

To enhance sea surface observations, Cnr-Ismar coordinated the launch of 32 biodegradable drifters and monitored their position over time using a GPS (Global Position System) satellite tracking system. Already during the experiment, it was possible, having traced the drift of drifters by sea currents, to clear the dynamics at local scales (a few hundred meters) up to the scales of the basin (hundreds of kilometers). The drift of drifters can be assimilated to the passive transport in the sea of ​​a pollutant or a solid body, for example fish larvae or algae, thus highlighting the potential connection also from the biochemical point of view of geographically remote areas. The observations collected, in fact, covered a large part of the North-Western Mediterranean, starting from Liguria, crossing French waters and reaching the Balearic Islands in Spain. 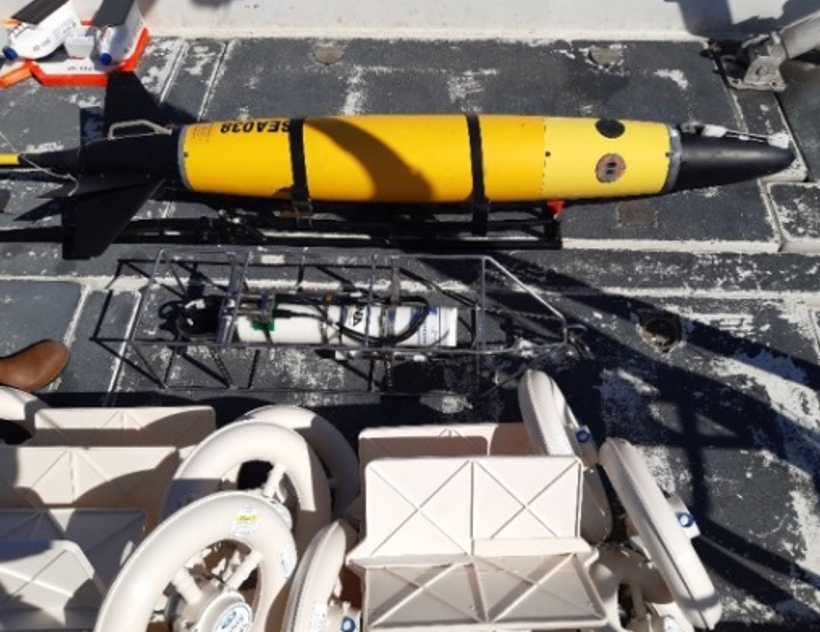 +
Part of the instrumentation of the AMBO experiment, glider at the top, CTD probe at the center, drifters at the bottom 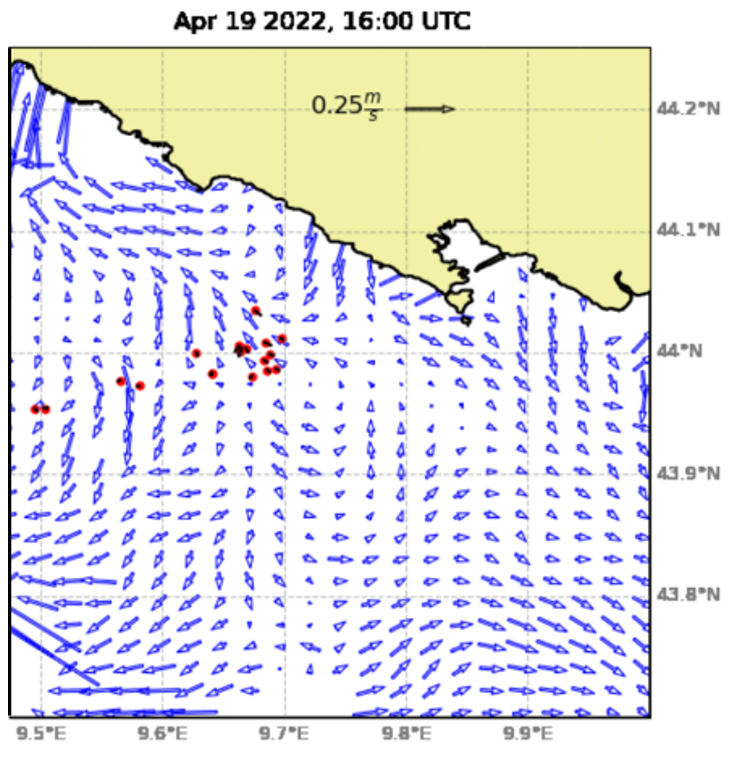 [3]Unmanned, autonomous and remotely piloted underwater vehicle used to measure physical and biogeochemical properties of the sea from the surface to depth.

[5] Tool installed on board a boat to automatically and continuously measure marine surface parameters, both physical (salinity, temperature, turbidity), chemical (oxygen), and biological (such as chlorophyll).

[6]  Floating devices equipped with antenna for satellite transmission of the position in real time, adrift in currents.

The site is being updated, the previous years can be consulted here

You have declined cookies. This decision can be reversed.

You have allowed cookies to be placed on your computer. This decision can be reversed.