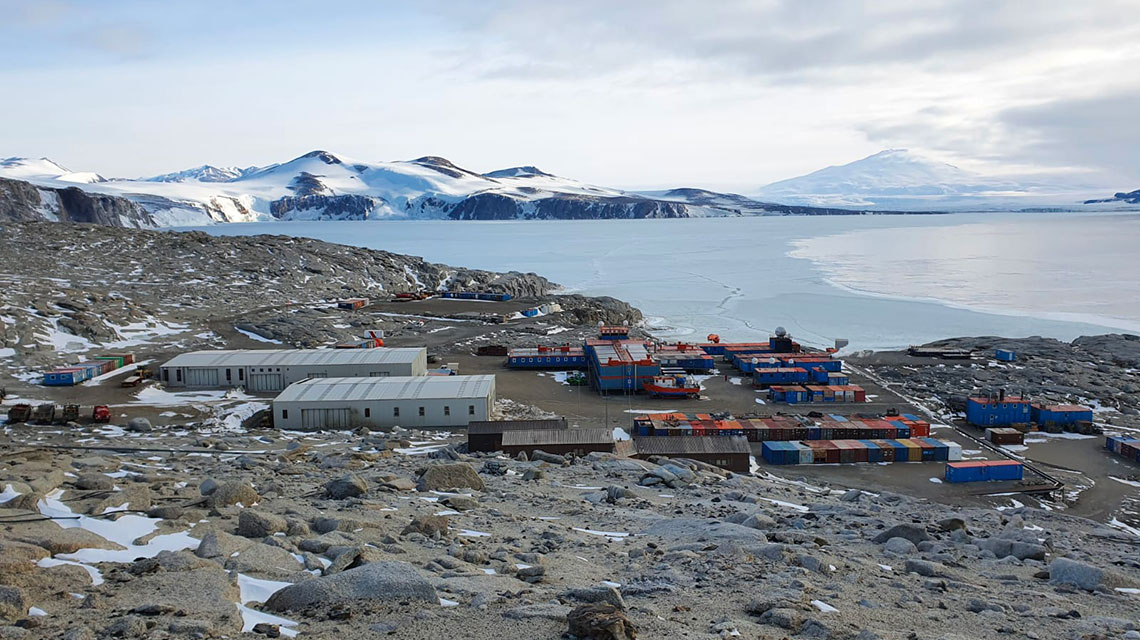 Environment: Antarctica, marked decrease in sea ice thickness in the proximity of the Italian base

Impact on logistics and transport of people and goods. Also set an all-time record low in sea ice extension

A marked decrease in sea ice thickness occurred in the area in front of the Mario Zucchelli Italian Base in the Ross Sea where the 38th Expedition of the National Research Program in Antarctica (PNRA) took off, funded by the Ministry of University and Research, managed by ENEA for logistic planning and the National Research Council (Cnr) for scientific planning. For the first time sea ice, typically ranging around 200 centimetrs, has thinned to around 120 centimeters. According to researchers the phenomenon, which also involved the area where the runway for aircraft carrying personnel and materials is located, was caused by several and prolonged episodes of strong wind.

"Between January and September the Eneide Meteorological Station, near the Mario Zucchelli base, recorded several and prolonged episodes of strong winds around 40 knots (about 75 km / h) with numerous peaks over 100 knots (about 185 km / h). h) ”- explained Paolo Grigioni, Head of the PNRA Meteorological Observatory[1]. "Since the end of April, the pack in the Gerlache Inlet area has repeatedly fractured and been carried away by the wind, creating an open sea area. In July, a second long period of strong wind, which exceeded 100 knots, pushed away the ice again, clearing the area in front of the Italian base until about the middle of August, leaving no time for the ice to consolidate and become thicker.

This is because - explained Grigioni - sea ice growth, which normally begins during the polar autumn (end of February / March)- when the incoming solar energy decreases and the air temperature falls below the freezing point of salt water (-1.8 °C)- requires long-term training lasting several months ”.

Ice thickness thinning- which will make it impossible during the entire 38th Expedition to make intercontinental connections by landing on the ice-runway - is accompanied by a marked reduction in sea ice extent, already highlighted at the end of February 2022 by satellite data, which showed a significant decrease in ice cover, in sharp contrast to the measurements begun in the late 1970s on the entire Antarctic continent.

“On February 18 Antarctic sea ice extent reached minimum extent for 2022, with a coverage of 2.17 million km², a new all-time record since the start of satellite observations, more than 3% lower than the previous record-low in 2017 (2.24 million km²) "explained Gianmaria Sannino, ENEA climatologist.

“The Ross Sea – said the researcher – was hit, like almost the entire Antarctic continent, by anomalous heat waves. The year 2022 will be remembered for the exceptional wave that hit Antarctica in March, when the Italian-French research station of Concordia, in the heart of the South Pole, was hit by unprecedented high temperatures, 40 ° C warmer than the average. Can we attribute these events to climate change? Maybe so but it is too early to affirm it with certainty. However, there is unequivocal evidence that climate change is making polar heat waves more frequent and severe in terms of associated temperature and that the poles are warming up faster than the rest of the world, ”concluded Sannino.

"We are entering into agreements with the American Antarctic Program to evaluate all possible options and minimize the consequences on the expedition," explained  expedition leader Gianluca Bianchi Fasani of ENEA. “At the moment we are diverting part of the aerial operations necessary to transport the scientific-logistic personnel and the necessary cargo to the American base of McMurdo, located about 350 km from the Italian Mario Zucchelli base,. Furthermore, jointly with the Air Force technicians, we are considering the possibility of using the gravel landing strip at Boulder Clay which would entail a greater logistical effort. In any case, we will try to ensure all planned activities are implemented effectively".

[1] The Antarctic Meteo-Climatological Observatory (www.climantartide.it), since 1987 has designed and managed a monitoring network for the study of different atmospheric parameters and their medium and long-term variability. The network consists of 16 automatic weather stations located in the Victoria Land and the eastern area of the Antarctic plateau.

The site is being updated, the previous years can be consulted here

You have declined cookies. This decision can be reversed.

You have allowed cookies to be placed on your computer. This decision can be reversed.